You are a Legal Affairs Manager

All the answers to the questions that a Legal Affairs Manager may ask about wage portage from the business’s viewpoint.

How is wage portage regulated ?

ITG was a pioneer of regulation, and gradually inspired the current legislation on wage portage since its foundation in 1996. All the major steps were influenced by ITG, a militant, committed leader which fought to make portage what it is today.

Under this link, you will find all the stages of regulation of wage portage :

The major stages of legalisation

What recommendations to give to HR and services that will use consultants via wage portage ?

Wage portage is not yet established in management culture, so accurate information has to be provided to managers who will use this solution, in order to avoid confusion.

At ITG we ask the consultant to sign a strict confidentiality clause which will appear in his employment dossier as a contract amendment if the specific conditions of the assignment require.

What is the value added and what are the differences between temporary employment and wage portage? And between a software house/digital services company and wage portage ?

The difference lies basically in the fact that wage portage delivers a service consisting of consultancy, expertise or training, and sends the company an invoice for the service which cannot be counted as part of its payroll. The consultant does not have a subordinate relationship with the client, and for its part the umbrella company does not ‘make staff available’.

Wage portage is much more regulated in legal terms than the activity of software houses concerning the risk of supplying labour. Since the Law on Modernisation of Employment Relationships of June 2008, an umbrella company can no longer be prosecuted for unlawful supply of workers.

What risks of unlawful supply of workers and illegal subcontracting do umbrella companies and their clients run ?

The risk of unlawful supply of workers is zero.

This legal risk is ruled out for umbrella companies and for temporary employment agencies.

Wage portage is therefore an exclusive profession, which does not allow the same legal entity to have activities aimed at finding assignments for which the remuneration would be in addition to the management fees charged.

What is the legal value of the cumulative use of fixed-term contracts in which an umbrella company is the second employer ?

What happens if the second employer is an umbrella company ?

So, in the case of a consultant who completes an assignment under a fixed-term contract for an employer and wishes to have a fixed-term contract with an umbrella company to extend his assignment beyond the legally allowed term, it is evident that both companies are liable to prosecution because they are circumventing the law. This is contrary to the purpose of a fixed-term contract, by using it regularly to fulfil a structural need that actually requires an open-ended contract.

How does the combination of work and retirement fit into the wage portage arrangement ?

Since 2009, the authorities have made the conditions concerning the combination of work and retirement more flexible. This increased flexibility enables retirees to benefit from the overall social security system, and those who come under supplementary pension schemes for executives (AGIRC) and non-executives (Arrco). For retirees who wish to take up work again but are not in receipt of a pension for a full career, the limitations on combining work and retirement that were in force before 2009 still apply.

Wage portage is a tripartite relationship ;the umbrella company draws up an employment contract, fixed-term or open-ended, for the consultant who has an assignment with a client company.

In the context of portage, the following rules apply: the consultant may combine his earnings with his pension, if his pension rights are paid up to statutory retirement age (62 years of age for the generation born in 1955) or the age of automatic qualification for the full pension (age 67).

To find out more about working in retirement, you can consult this link.

To discuss with an expert B2B consultant, contact us on 01 44 69 29 15, on business@itg.fr or complete the form below and we will call you back.

Ask for a call back
Noter cette page
Partager 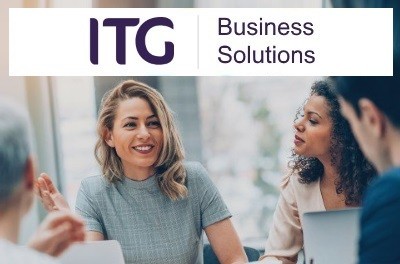